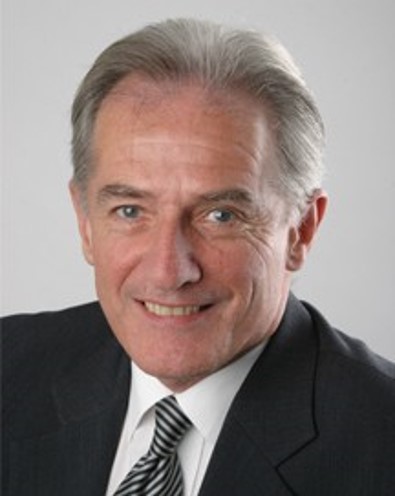 The College of General Dentistry has recognised the late John Craig Dip.FFGDP(UK) with the posthumous award of a President’s Commendation.

Born in Rutherglen in 1943, John graduated BDS from Glasgow University in 1966 and remained a general dental practitioner until he retired from practice in 2002. He spent over 30 years of his practising life as a partner in his own practice in Falkirk, where he earned a reputation for the highest standards of clinical excellence, strong mentorship of colleagues, and empathy for staff and patients.

Not content with confining his activities and boundless abilities and energies to his surgery, he was extremely active in almost every aspect of general dental practice through his involvement in many dental organisations.

John possessed excellent skills of diplomacy and organisation, and was active in the British Dental Association from the outset of his career, joining as a student in 1965. He later served as Secretary of the Stirling and Clackmannanshire Section and then the West of Scotland Branch, eventually becoming President of the West of Scotland Branch in the 1990s. He chaired the Scottish Annual Conference of Local Dental Committees, and was often a delegate at the LDC National Conference. He was elected to the BDA’s Representative Board in 1991 and was a member of the Executive Board for nine years, including three as Deputy Chairman. He was elected BDA National President in 2005, and to mark this distinguished accolade, the West of Scotland Branch commissioned a bagpipe tune called ‘John Craig of Rutherglen’, composed by Angus Lawrie, former Pipe Major of the Oban Pipe Band.

He was also involved in a number of dental practice research-based groups, and was a member of the development group for the Scottish Intercollegiate Guidelines Network (SIGN) guidelines on management of unerupted and impacted third molars in 1999, and of the Royal Society of Edinburgh’s Oral Health Seminars Group from 1996-99, engaging in postgraduate lectures on practice management. In 2014, he joined forces with Martin Kelleher to write a paper on the damaging effect of the overpreparation and unjustified loss of tooth tissue in the attempt to gain aesthetic improvement of the anterior teeth, and he railed against dentistry being relegated to just another arm of the beauty and cosmetic industry.

Instrumental in laying down the foundations of what is now the College of General Dentistry, in 1992 he chaired the steering group which set up the Faculty of General Dental Practice in Scotland. Achieving the Diploma in General Dental Practice in 1992, he was a member of the FGDP’s national Finance Committee in 1993-1994 and the first Director of the Faculty’s West of Scotland Division from 1993-1996. In 2004, the Faculty awarded him Fellowship by Election, and he was also awarded Fellowship of the Faculty of Dental Surgery of the Royal College of Surgeons of Edinburgh for his work in postgraduate education.

His other areas of activity saw him as a Regional Dental Advisor to BUPA Dental Cover, a founder member of Forth Valley Independent Dentists Group, Chair of Glasgow Dental Educational Trust, Trustee of the BDA Benevolent Fund, occasional expert advisor to various legal firms and insurance companies, and a member of the Denplan Advisory Board, MDDUS Dental Advisory Panel, and Edinburgh Postgraduate Dental Institute’s management committee.

His talents were not limited to the dental profession; he was also a sportsman, whose first love was climbing, undertaking expeditions throughout Scotland and in the Pyrenees, the Alps and the Himalayas. He was a skier, golfer, and also an accomplished musician, being a folk singer, guitarist and jazz band banjo player.

He also had a deep interest and knowledge of literature, opera, art, politics, languages, history and astronomy, and was a past President of the Astronomical Society of Glasgow, and a Fellow of the Royal Astronomical Society. In 2003, he was made captain of the BDA team which represented the nation’s dentists on BBC2’s University Challenge: The Professionals. Answering most of the questions himself, the team knocked out the General Practitioners in the first round before going out in the quarter finals to the Inland Revenue.

Unfortunately, John suffered a devastating stroke two and a half years ago, and was nursed at home by his wife Irene until he died in September 2021. His funeral drew hundreds, including many colleagues of all ages from all over Scotland, demonstrating the high regard in which John was held by so many generations in the profession.

“John was a visionary, a pioneer in the establishment of the Faculty of General Dental Practice in the West of Scotland, and a tireless moderniser who endeavoured to keep our profession at the forefront of healthcare. He was also an inspirational colleague, whose principles, high standards and excellence earned the deep respect of all who encountered him, and I am delighted to have had the opportunity to honour his illustrious career.”