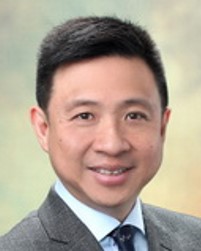 The College of General Dentistry has announced the appointment of Dr Eugene Chan SBS BBS JP as an ambassador.

Drawn from a variety of backgrounds, College Ambassadors have a remit to advocate for the College’s mission and vision, and Dr Chan’s appointment further expands the range of expertise and scope of influence within its ambassadorial team.

Eugene Kin Keung Chan is the principal of a multi-disciplinary dental group practice in Hong Kong, where he was born and raised, and the Chief Dental Officer & Chief Public Affairs officer of EC Healthcare, a listed company on the Hong Kong Stock Exchange. He graduated BDS from the University of Adelaide in 1988, and later attained the certificate of the National Dental Examining Board of Canada, memberships of the FGDP(UK), Faculty of Dental Surgery of the Royal College of Surgeons of England (RCS) and the Hong Kong College of Dental Surgeons, and the FGDP(UK) Diploma and Advanced Certificate in Implant Dentistry.

With over 20 years of teaching experience, Dr Chan is a visiting professor at Jinan University, Guangzhou, and Honorary Clinical Associate Professor of the Department of Otorhinolaryngology, Head and Neck Surgery at the Chinese University of Hong Kong, and was previously a part-time Clinical Lecturer in the University of Hong Kong’s Faculty of Dentistry.  For ten years he was also an Examiner for the FGDP and RCS.

Outside of dentistry, he has been a member of the Advisory Committee of the School of Chinese Medicine of Hong Kong Baptist University, the Quality Education Fund Steering Committee and the Council of City University of Hong Kong, as well as both Chairman and President of the Association of Hong Kong Professionals, and an independent non-executive director of Hong Kong listed companies PuraPharm Corporation and Classified Group. He has also served on over 15 government committees and was made a Justice of the Peace in 2011, awarded a Bronze Bauhinia Star Medal (equivalent to MBE) for meritorious public service in 2016 and a Silver Bauhinia Star Medal (equivalent to OBE) in 2021.

Co-author of eleven books, host of a health awareness television show and anchor of an English language current affairs television programme for TVB Limited, he also publishes news articles about Hong Kong and is a past Chairman of the Board of Advisors of Radio Television Hong Kong.

Dr Chan is the College’s sixteenth ambassador to be appointed, and the first based outside the UK. Previously appointed College Ambassadors include:

Details of all College ambassadors are available here