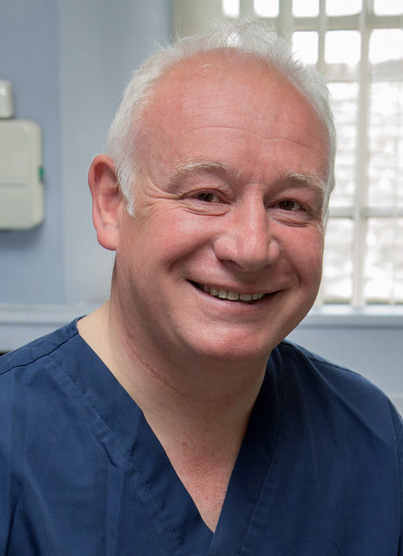 Ian Mills has become the first ever recipient of the prestigious College Medal, the highest honour bestowed by the College of General Dentistry (CGDent).

Reserved to no more than one recipient per year, the College Medal succeeds the Faculty Medal, which was previously awarded by the Faculty of General Dental Practice UK (FGDP) to just four individuals. It is conferred for exceptional service of the dental profession and its patients in a manner aligned with the values and mission of the College, and both members and non-members are eligible for consideration.

Dr Mills has received the award in recognition of his considerable contributions to the profession over many years, including through the College and previously the Faculty, in particular his exemplary leadership at the height of the coronavirus pandemic, his pivotal roles in establishing the CGDent and securing the FGDP’s transfer into it last year, and his promotion of greater equality, diversity and inclusion in the dental professions.

Ian qualified as a dentist from Glasgow University in 1987 and spent the early part of his career working in maxillofacial surgery. In 1994 he moved to Devon, and three years later set up Torrington Dental Practice in North Devon, now an eight-surgery mixed NHS-and-private practice, where he continues to work as a partner.

He joined the Faculty the same year, and after completing its prestigious Diploma in Implant Dentistry, gaining Fellowship and becoming a Fellowship Assessor, was elected to the National Faculty Board to represent the South West region. He was later appointed Chair of the Examinations Committee and the Faculty’s representative on the Care Quality Commission Dental Reference Group, and served as Junior Vice Dean from 2016-17 and Senior Vice Dean from 2017-18 before being elected FGDP’s tenth Dean, a post he held from 2018-2021.

During his tenure he represented the profession on a number of committees and working groups, including NHS England’s Advisory Board for Dental Systems Reform, the Joint Committee for Postgraduate Training in Dentistry, the Intercollegiate Advisory Committee on Sedation in Dentistry, the Council of the Scottish Intercollegiate Guidelines Network and the Public Health England group overseeing the development of the fourth edition of Delivering Better Oral Health.

In his first annual speech as Dean, he highlighted the inequality of opportunities for career progression within dentistry, noting in particular the disproportionate number of men in leadership roles relative to the gender balance in the profession, and he later instituted the FGDP-CGDent Equality, Diversity and Inclusion Programme Board.

Early in the pandemic, Ian established a forward planning task group to try to find a way for dental practices to re-open their doors as soon as safely possible. Convening individuals from over 30 organisations to develop suitable guidance, he played a key role in its development, working tirelessly to seek consensus on the many challenges of delivering dental services while minimising the risks of transmission. Completed within the space of just four weeks, Implications of COVID-19 for the safe management of general dental practice was published a week before face-to-face practice resumed in England, giving practices much needed time to prepare when no official re-opening guidance had yet been published. With its in-built responsiveness to varying COVID-19 alert levels, the guidance has remained accessible and relevant over the last 18 months.

Continuously supporting the profession through the pandemic, he led numerous webinars, joined the NHS England working group on the resilience of mixed dental practices, was part of the Scottish Dental Clinical Effectiveness Programme’s AGP Rapid Review Group, facilitated revised guidance on fallow time and steered the development of the Fallow Time Calculator.

Prior to his Deanship, he was an elected member of the British Dental Association’s General Dental Practice Committee, a member of Devon Local Dental Committee, and on the Professional Executive Committee of North Devon Primary Care Trust.

In addition to his clinical practice, Ian has worked at Peninsula Dental School since it was established and has remained closely involved in the undergraduate programme. Currently Associate Professor in Primary Care Dentistry, he was previously a clinical supervisor, group facilitator and honorary lecturer. Actively involved in promoting and developing research in primary dental care, with particular interests in measuring quality outcomes, person-centred care and environmental sustainability, in 2018 he was awarded a PhD for research into person-centred care in general dental practice.